We use cookies to ensure that we give you the best experience on our website. By using our website you agree with our cookie policy.Find out more Close
You are here: Home \ Company \ SME Leader \ SME Leader

GOANVI, Parras Vinhos’ Bottling Plant, has recently been recognised as a SME Leader, a seal of approval of a company’s reputation created by IAPMEI for having fulfilled all requirements inherent to this certification: to be a small or medium enterprise with no outstanding tax or social security liabilities that makes a net profit - but, mainly, for having been given good ratings by its bank. Additionally, the Bottling Plant is seen as a self-sustaining, competitive company with well-defined potential growth strategies.

For Miguel Mendes, General Manager of GOANVI, “It is a source of pride to belong to a select group of financially healthy companies. Moreover, it is a source of prestige, because these companies are usually concerned with the excellence in their products and services. Which is also the case with us.”

It should be remembered that, earlier this year, GOANVI was the only company in the municipalities of Alcobaça and Nazaré on a list of 46 so-called “gazelle” (fast-growing) companies in 2014 in the central region. Also in 2014, the company received two internationally recognised certifications - the IFS Food standard and the BRC Global Food Standard. The aim of these certificates is to ensure the Quality and Safety of the products that the Bottling Plant places on the market, boosting customer confidence in the products they are purchasing, and automatically protecting the final consumer. Going back to 2012, at the end of that year, GOANVI was recognised as an SME Leader, as is the case today.

With rising turnover, bottling 1.5 million litres of wine per month and exporting to thirty countries across various continents, including Angola, the United States, Brazil and China, GOANVI, founded in March 2005, achieved turnover of 20 million euros in 2014. Additionally, the bottling company remains committed to reducing risks to the environment and to the local community. 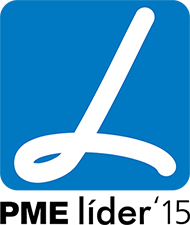